Bing Ads statistics 2022 can provide valuable insights into the performance of the Bing Ads platform for businesses and advertisers in the upcoming year. Bing Ads is a paid advertising platform that allows businesses to target potential customers with ads that appear in search results on the Bing search engine and other Microsoft properties such as MSN, Outlook, and Edge.

By studying the trends in Bing Ads statistics, businesses can better understand their campaigns’ effectiveness, their ads’ overall performance, and the platform’s potential for their business. This article will discuss some of the key Bing Ads statistics for 2022.

With a 3.14% market share, Bing is the second-largest search engine worldwide. More than 1 billion unique visitors come to it each month, drawing half a million advertisers. Its market share among console users in the US is 38.46%. Additionally, its global market share of desktop search has grown by 1.15%.

By 2021, Microsoft had earned $8.53 billion from Bing search advertising. In addition, Bing is now available in 105 different languages and receives 85% of its traffic directly. Google is the most commonly searched term on Bing, whereas Facebook is the most frequently searched in the US. 8% of users went to Google before Bing.

With 699 million unique PC users globally and 1.038 billion unique monthly visits by march 2021, Bing was the world’s second most widely used search engine. Regarding overall website rankings, it is ranked #32 globally and #24 in the US.

Its market share in the US is 2.31%, with desktops accounting for 13.48%, tablets for 5.63%, and mobiles for 2.83%. Additionally, 99.8% of Bing searches are natural searches, with Bing ranking first among them at 49.99%. In comparison to Google, there are 82.6 million Bing searches every day, and 34 Bing searches are conducted for each Google search.

Every day, almost 900 million people conduct searches on Bing. Bing users often spend 35% more than Google users, according to its market share of 3.08%. The typical age of Bing users is 45, with most older than 35. 1.2 billion people visited Bing in May 2022. Bing’s average advertising click-through rate is 2.83%, and its cost per click can be as much as 60% less than Google’s.

Bing generated $8 billion in ad revenue in 2020. Less than 30% of the search engine’s users who made over a billion visits in January 2021 were under 35. Around the world, Bing processes 12 billion queries each month, holds 2.31% of the market for search engines and is responsible for more than 30% of desktop searches in the US. It ranks as the 24th most visited website in the US.

As of March 2018, most of Bing’s audience in the United States was made up of people who were 45 to 54 years old and had yearly incomes above $100,000. Bing accounted for 25.47 percent of all single-word search inquiries as of August 2017, making it the second-most popular search engine globally.

Nearly 1.2 billion distinct visitors worldwide visited Bing.com in May 2022, down from 1.1 billion visitors in February 2022. Online search engine Bing held a share of under 9% of the global search market as of July 2022, while market leader Google held a share of about 83.3%.

7.  The average Bing user has a yearly income above $100K

According to estimates, Bing has a market share of 3.08%, making it the second-largest search engine. Bing’s market share increased to 7.61% in the first quarter of 2022. Bing had $2.9 billion in ad income for the third quarter of 2022, with approximately 900 million daily searches.

In October 2019, Bing received 963.5 million distinct visitors. Bing is responsible for 4% of organic search visits in the US. 69% of Bing searches are related to well-known companies and websites. 85% of Bing users are in the United States, which makes up the majority of users. 70% of Bing users are 35 years of age or older. 38% of Bing users have family incomes of $100,000 or more. Additionally, Bing supports 40 languages and is installed on more than 1.5 billion devices.

With a 5% market share, Bing is the second-largest search engine in the world according to many Bing stats. With an average click-through rate of 2.83% compared to 1.91% for Google, it also performs well. Additionally, Bing’s conversion rate is lower than Google’s, with an average of 2.94% as opposed to 3.75%.

Bing Ads has had tremendous growth in recent years, while paid search clicks on Yahoo have increased, and paid search hits on Google have slightly decreased. Using Bing Ads is predicted to result in a traffic gain of at least 50%. Bing now occupies about 21% of the market for search engines.

Craig McConnel is an experienced expert SEO consultant that is the lead SEO director at KeyStar Agency. Ranked the #1 link-building expert for over ten years, he loves making stubborn websites rank high on Google. When not writing people-focused blog content on his blog, he enjoys working out and producing music at his home studio in Ocotillo, Arizona. His expertise spans many industries, including technology, Cryptocurrency, web hosting, website design, digital marketing, car racing, fitness, finance, wellness, religion, online advertising, and of course, Search Engine Optimization. 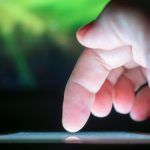